Trains, how much I miss them. Especially long routed ones, with a brass boiler and berths, crossing vast Russian ghostly spaces. It is often said the world became smaller due to air travelling; airlines connected distant corners of the world and placed them all within reach. Undeniably, planes have facilitated travelling with speed and comfort yet hardly have brought distant places together. A collective term “world” still remains an abstraction, used to describe a great number of realities, sharing common space and coexisting in time though still remote from one another. Every time, arriving to a destination only a few hours away from a starting point, it is so awkward for the mind to accustom to the suddenly changed reality. Air travelling feels like moving through a set of diverse rooms, with no corridors and staircases and where doors connect and isolate at the same time. Trains provide the missing corridor and erase borders, binding together travellers and spaces.

Twenty-nine hours – this is how long it takes to arrive from Astrakhan to Moscow by train; by plane – it’s two and a half. How unfortunate it is to sacrifice those twenty-nine hours for two and a half in order to “save time”! Time does not exist in trains. There is nowhere to rush. It’s time for books, long conversations, staring at the slowly changing landscape and consuming an impressive amount of food supplies. Yes, trains must be a nightmare for introverts and diet freaks. Although, there is an escape – upper berth, where one can just stare at the sky through a dusty window right above the head. 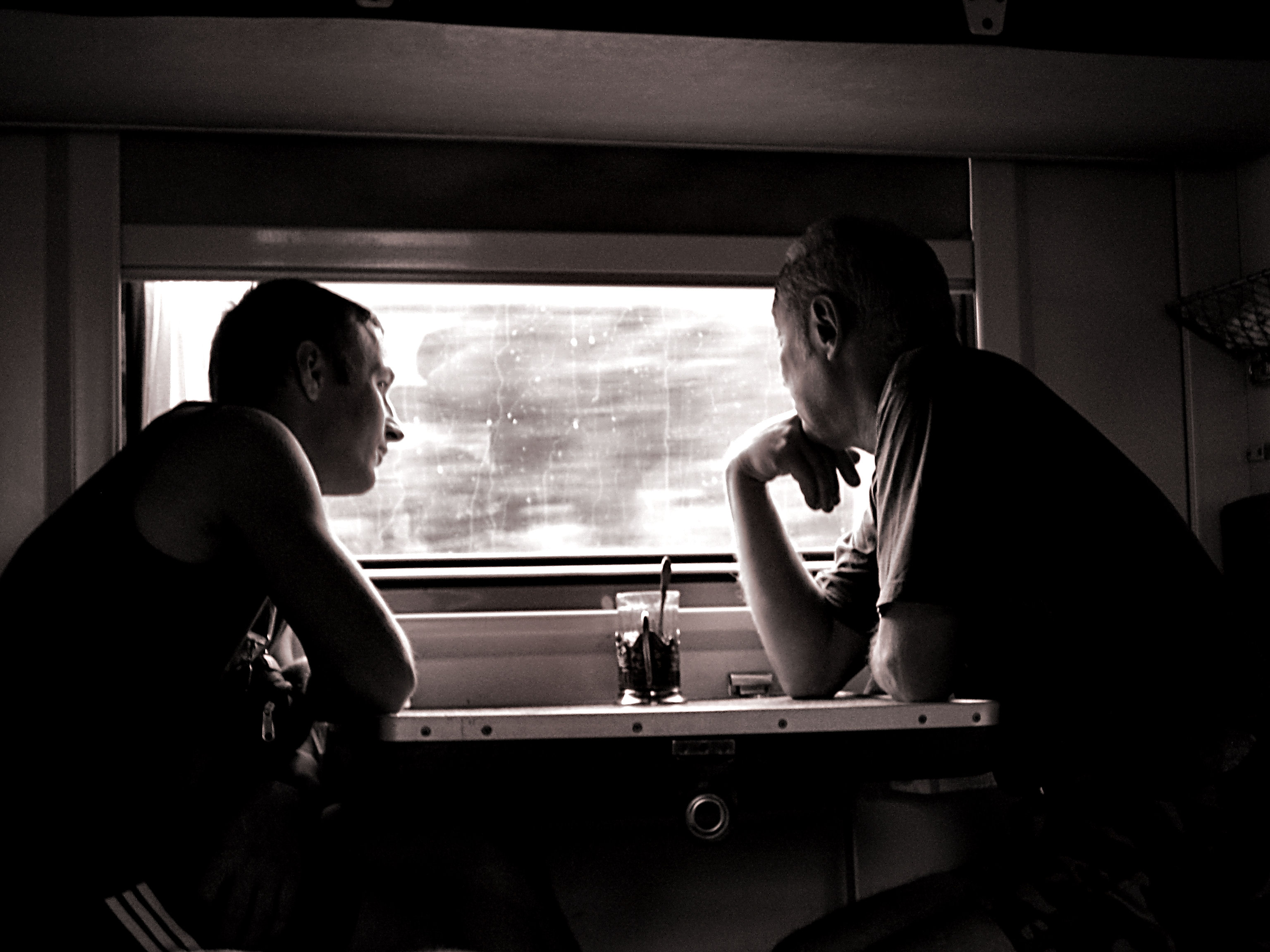 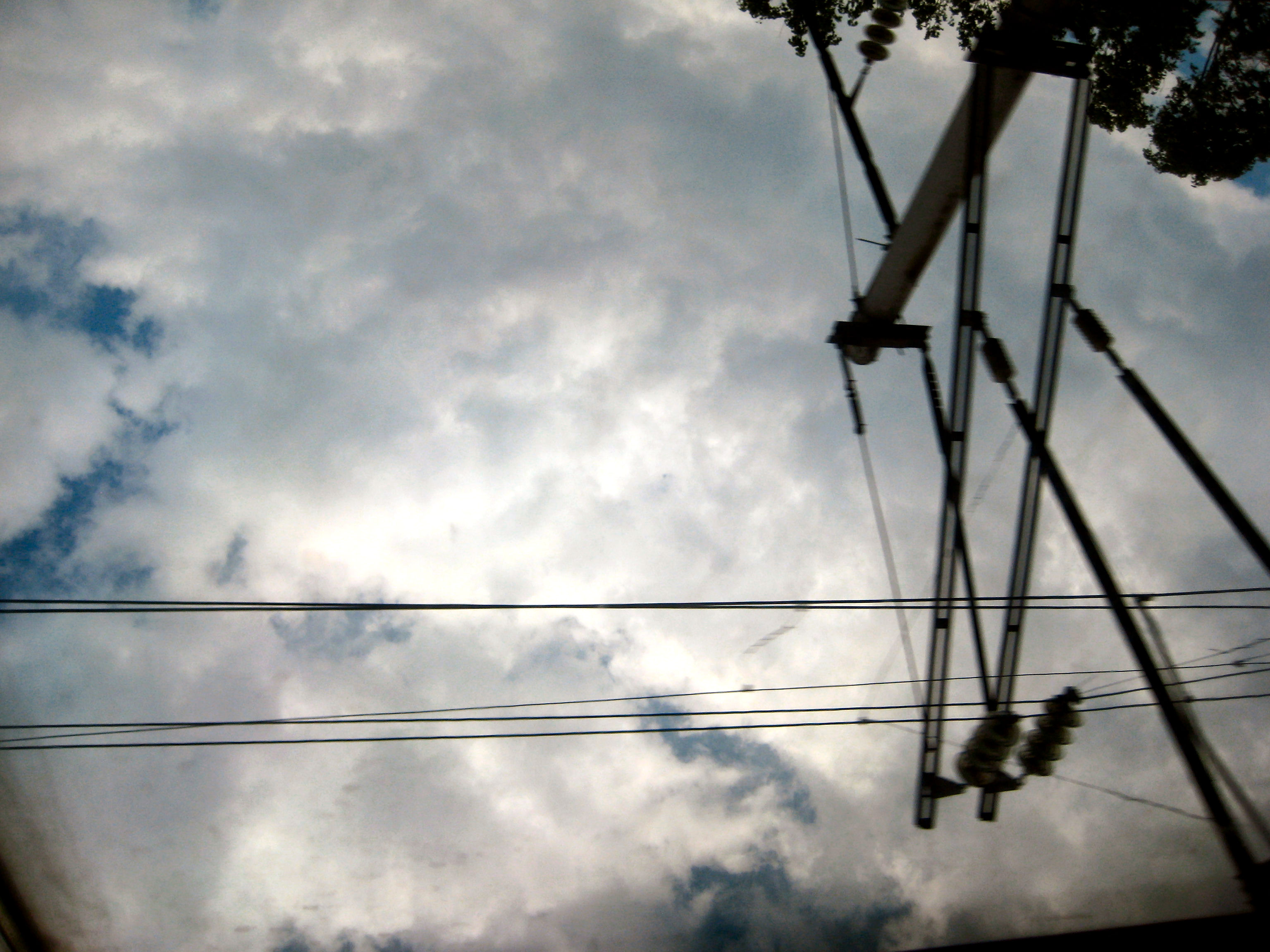 After sunset, the view is swallowed by darkness, rarely interrupted by other trains heading from the opposite direction. More jokes, more food sharing, more stories. Someone would be completely drunk by then – Russian distances also encourage the national sport. The upper light in the wagon goes off, but conversations still continue in whispers. Someone is preparing to leave – to dive into that tick darkness outside the window at a tiny station in the middle of nowhere.

Night at trains is surreal and annoying at once. Falling asleep to a lullaby of monotonous “choog-choog, choog-choog”, you are very likely to be soon woken up by newly arrived passengers, loud snoring of a neighbour, drunk as skunk, or by thunder of an oncoming train. Slumber, tinkle of a teaspoon in a glass, crush of luggage, whispers, choog-choog, the dusty smell of the pillow, rhythmic swaying of the wagon… Moving forward at full speed while being asleep to wake up in another town – that’s train for you.

Morning greets with another station, gleaming by the window, new faces and queues to lavatory. The atmosphere is no longer careless and fun – it’s the arrival day. All plans and urgent matters jump back to mind, discussions turn to practical issues. “Why are going to Moscow? For how long? Transit?! – Luckyyy!”. Remains of food are finished in rush, bags all packed, mattresses – rolled and placed on upper berths, dust particles shine in the sunlight. Half an hour is left until arrival and facial expressions become concentrated, impatient, longing. Soon all of them, who once were so close, will disappear from your life as randomly as they walked in. The giant megalopolis will absorb them together with their secrets, leaving no trace – it feeds on people. Final goodbyes, gnashing of breaks and, a few moments after, then-friends and now-strangers roll away as quickly, as peas scattered on the floor – each one to a different direction. 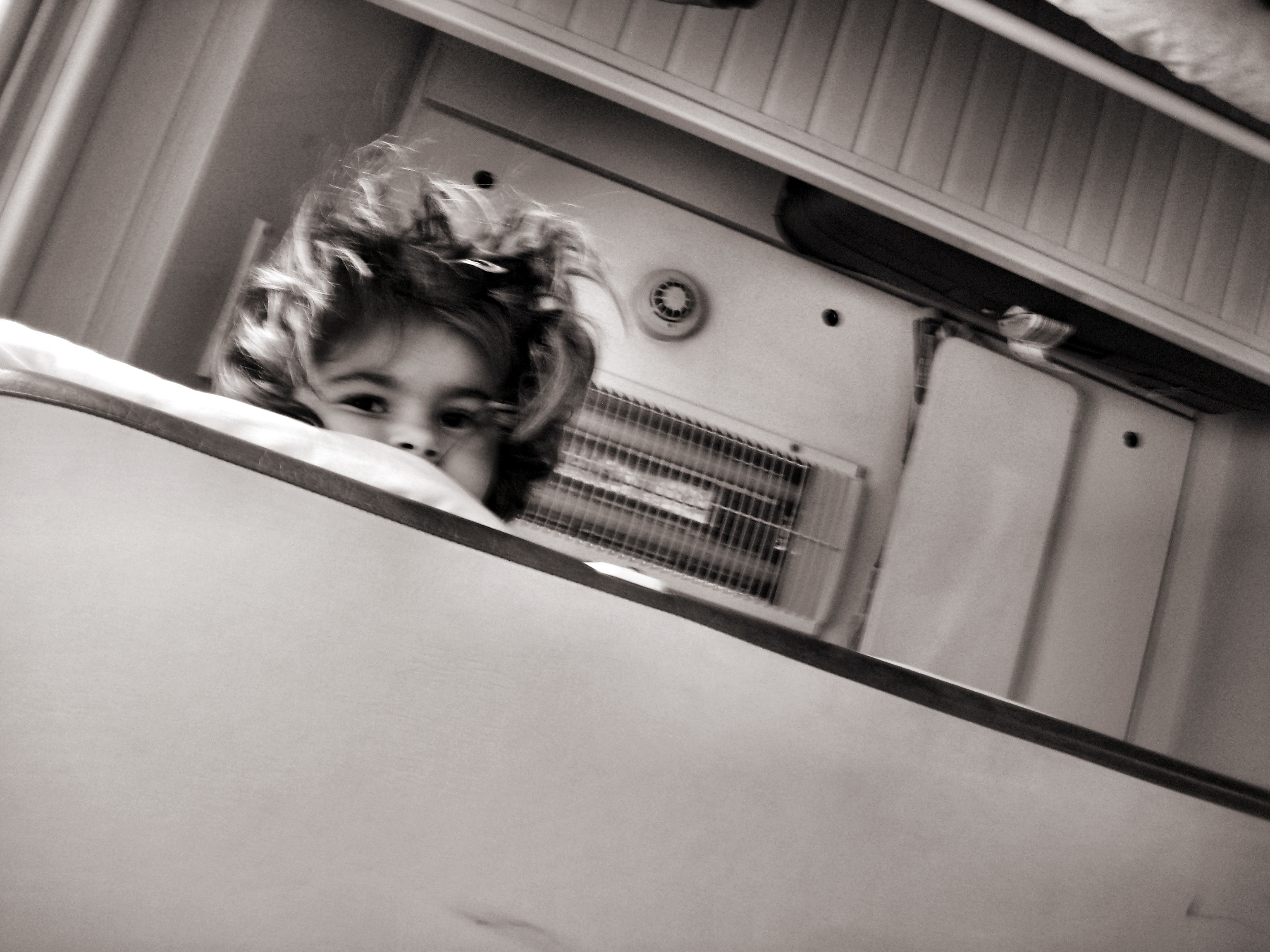 Alone in the snow

It was a gloomy winter day, the train was crawling through endless fields powdered with snow – same view for hours. “Next stop is for two minutes only. Stay inside please!”, warns the conductor. We stop in the middle of nowhere (literally), the station consists of a one-story building with one window and a kiosk nearby. “I will only buy cigarettes! I’ll be quick, will be back in no time!”, one of the passengers, a man in his 30s, quickly ventures out of the wagon, wearing bed slippers and light jacket. Two minutes pass as a finger click, the doors are closed and the train is gaining speed. There he is, our careless fellow, trying to catch up with the train, running on the snow with snow-white bed slippers, shaking his hands, screaming something. “Let’s stop the train! Please pull the break, pull the break!!!”. “Are you insane? She wants to stop the train! We’ll end up in such a trouble! What time we arrive then?!”. You fuss about strangers left in the middle of nowhere in the middle of Russian winter only when you’re 24. Others, older and more experienced in life, do not have time to waste and Moscow does not wait.

Late night train, 30th December 2009. Right after checking in and saying hello, me and three other passengers (a middle-aged woman and a young couple) prepare our berths in a cosy modern compartment. Lights go off and someone mumbles something about locking the door before falling asleep – something that everyone knows. Sleep refuses to come and I decide to spend some time in the corridor. Memories of Malta and of waves, crushing on the shore in Sliema Surfside, are still so vivid. I wholeheartedly hate to return to the frozen desert and want to weep. After a walk from one wagon to another, I return to the compartment and try to fall asleep. Ten minutes later, the door opens and one of my fellow travellers walks in, locking the door behind. I realize someone is sitting on my berth and is going to lay down. “Oh, please, I am not in mood for jokes!”, I whisper, not seeing a thing in pitch darkness. Not saying a word, the interrupter of my dreams starts climbing on the upper berth. In a few moments that same someone gets down again and climbs on the upper berth on the other side. “Man, who are you?!”, I hear next. Someone switches on the lights and we see a bearded man on the upper berth with our male fellow traveler. All becomes clear: the stranger simply entered a wrong compartment and, since drunk (New Year celebrations had started), he could not remember what berth was his. He apologizes and leaves quickly. The accident amuses us all.

– When he sat on my bed I though it was Raisa!

– When he sat on mine I thought it was Sergey!

–I  thought it was my dear boy, so I did not notice anything wrong!

– I thought it was my dear girl, I hugged her and was about to kiss her … then I felt the beard!

Have to admit, It was my fault – I should have locked the door behind me.

The couple leaves the train in the morning. “I bet, she’s his mistress, not wife”, my only remaining fellow traveller is in mood to gossip. “He is cheating on his wife, I smell these things”. I shrug shoulders. Well, trains must be paradise for swingers.