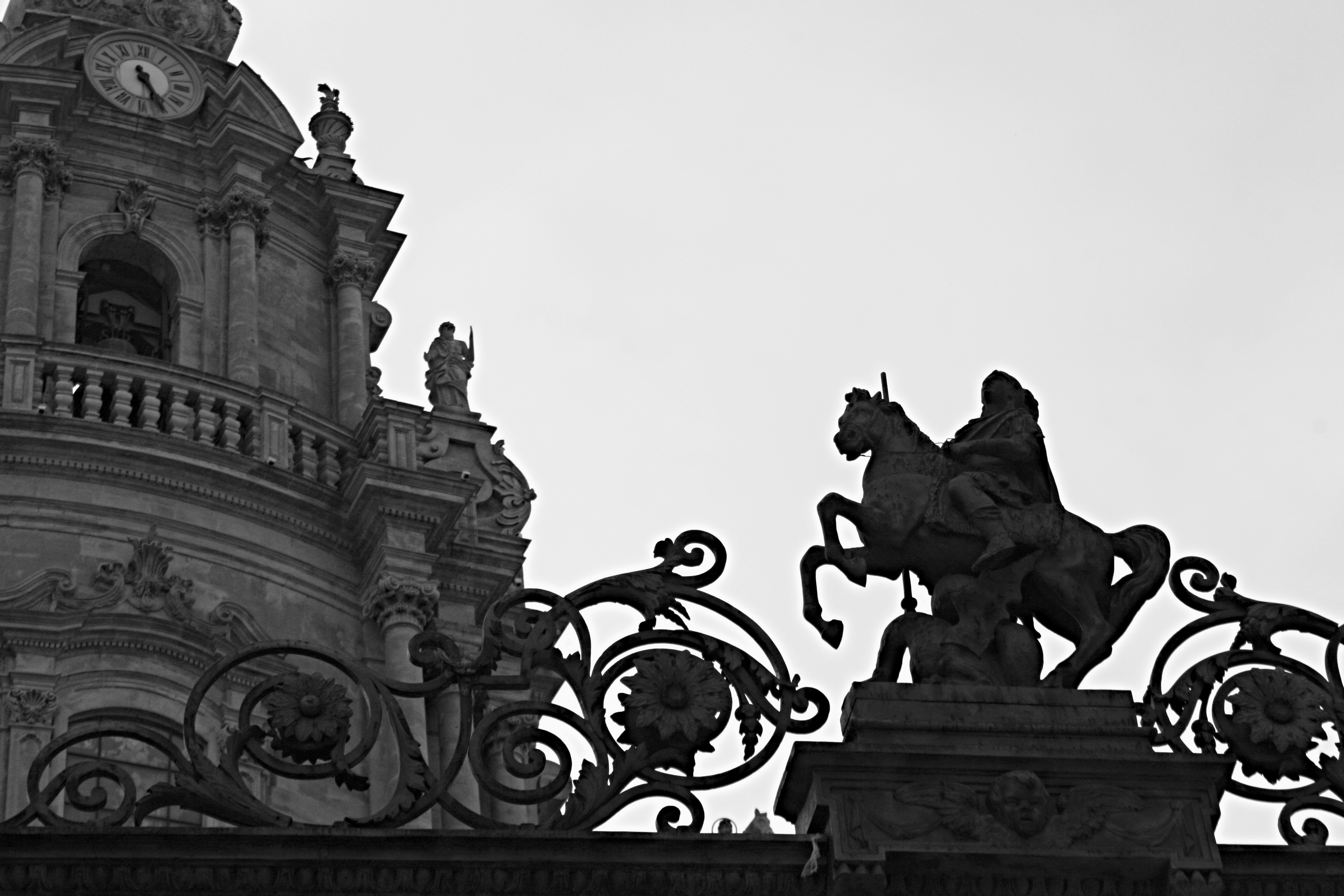 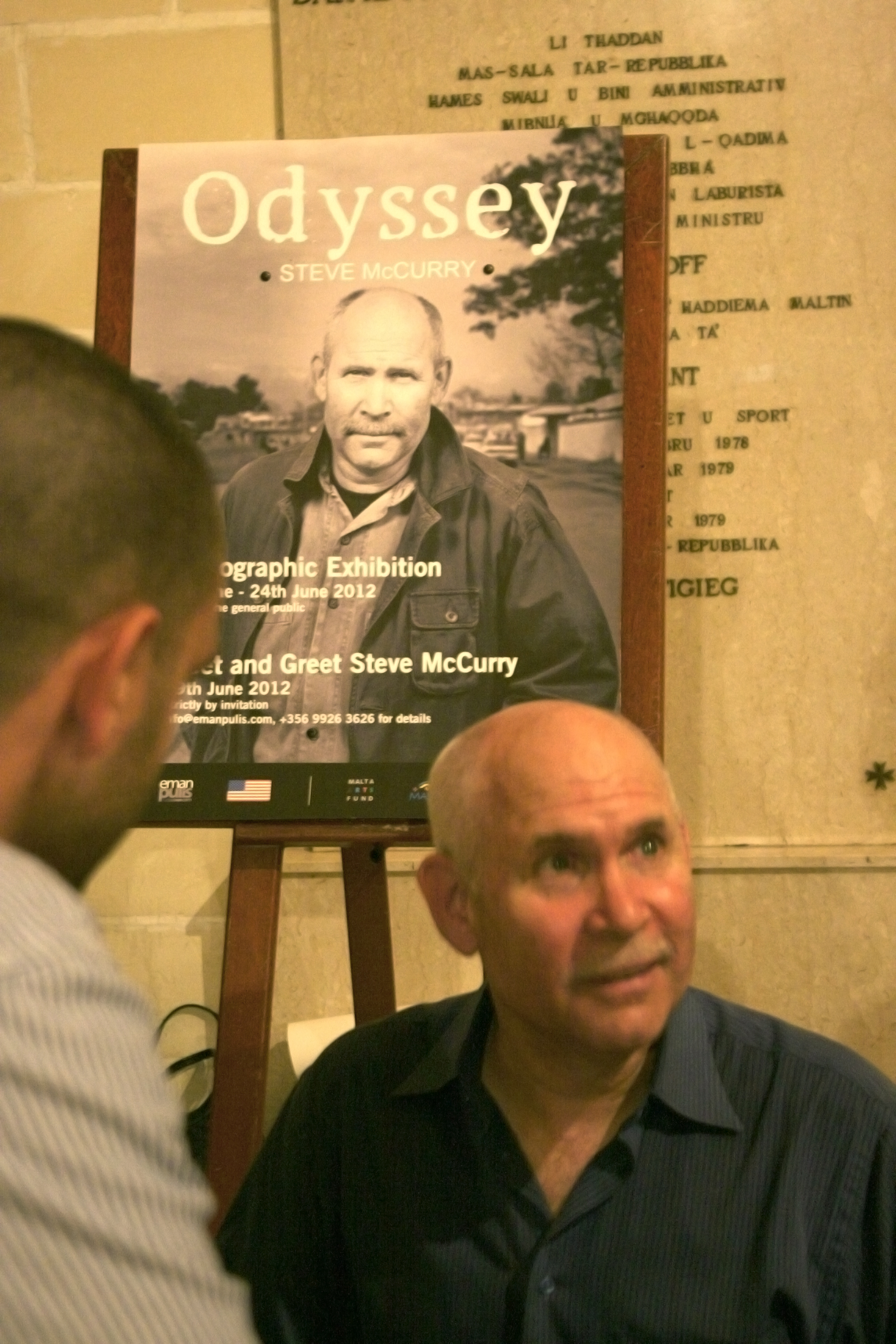 On Tuesday, 19th June I was lucky to attend Meet and Greet session with Steve McCurry, one of the greatest photographers of modern era. It was hard to believe this humble person, sitting in front of the audience, was the author of the world’s most recognizable portray – the portrait of Afghan girl. There was so much in him – peace, sincerity, openness. And not even a hint of pride or superiority. Seeing a person whose eyes had seen so much, I suddenly felt connected to all the countries and events he photographed. I had such a desire to hug him and shake his hand.

When he kindly and patiently was signing prints for everybody I noticed he was left-handed with his right hand not fully functional. Can imagine what a challenge it must have been to take photos for a person with a limited hand functionality. Nevertheless, faces and scenes captured by his camera became immortal. Those are works of a real master.

The audience was quite mixed – glamorous girls and guys, Maltese elite that took a chance to present their designer’s outfits and tan, professional photographers and other interested in photography people. One thought got firmly stuck to my minds: what does the portrait of Afghan girl mean to the glamorous elite? A famous picture with the author’s signature to be hang on the wall? An image of the horrible life they had no idea about?

The event received strong publicity: newspapers along with bloggers complemented to McCurry’s incredible talent, describing his most famous works and explaining why the photos are so wonderful. Strange enough, both, bloggers and newspapers, mentioned same photos. Oh yes, I understand, photos of the Afghan girl and the Peruvian boy became iconic, they deserve fame, but still, there are so many more far less known photos of Steve McCurry that have so much life in them, such a story to tell. Amusing but true – photographs have a destiny too, some are luckier than others, some have won their ticket to eternity, others might be forgotten and rediscovered as paintings of Vermeer years after.

My feeling about the exhibition was pretty similar – great iconic images known for years. I wish there would have been a greater number of McCurry’s less famous photos. Unlike a painting, a photograph does not reveal more when presented at the exhibition, there is no “master’s hand touch” feeling, no brush strokes, in other words, no secret details that are only visible on the original. That is why, in my opinion, the exhibition should have presented not only photos with the name to public.

My favourite photo from the exhibited was the one of camels on the background of burning Kuwait oil. Such a piercing image! I think I know why McCurry’s photos penetrate so deep – beauty in them is inseparable from suffers and horror to such an extent that it is hard to discern what exactly is so hypnotizing about them – the horror of reality or the beauty of colours and composition. Photos of joy were there as well – beautiful, peaceful, inspiring.

My biggest question after the exhibition was about the Afghan girl. Her image has become iconic, no doubt, it will live longer than the model and will continue excite living ones with its mysteries. Despite miserable life, she was luckier than any beautiful girl from a rich family that saw wars on TV only. We are immortal as long as we live in minds of others. And that girl certainly got it, wonder if she realizes it herself.