Farmer’s market in Ta’ Qali
Farmer’s market in Ta’ Qali, Malta, was my main food supplier this summer. Locally grown, fresh food and vegetable of great quality from friendly and cheerful farmers, make it a great place for food shopping. Besides all the other advantages of this place, prices for such quality products are more than appropriate. With 20 Euro be prepared to fill up 5 or 6 bags – the amount of food enough for two weeks!

Fireworks of Lija
Fireworks of this small Maltese village (Lija) are among most impressive on the world’s scale.

State funeral of Dom Mintoff
25th August  was a hot sunny day, when thousands of Maltese citizens gathered in Valletta to give a final farewell to the former Prime Minister Dom Mintoff. Before heading to Saint John’s Co-Cathedral, where the funeral mass was held, the body was kept at the Palace in Valletta. Once public tribute was over, the doors of the Palace closed, leaving a great emotional tension in the air. Few minutes after the doors revealed a coffin covered with the national flag. The crowd greeted the deceased Prime Minister with applauses and weeps, chanting “Viva Mintoff! Mintoff! Mintoff”.

A man with harmonica
This photo was snapped in my home town Astrakhan at the City Day feast (16th September). Ethnic Tatar man with harmonica was playing, singing Tatar national songs and, by all means, he was having fun despite the surprised looks of the passers-by. 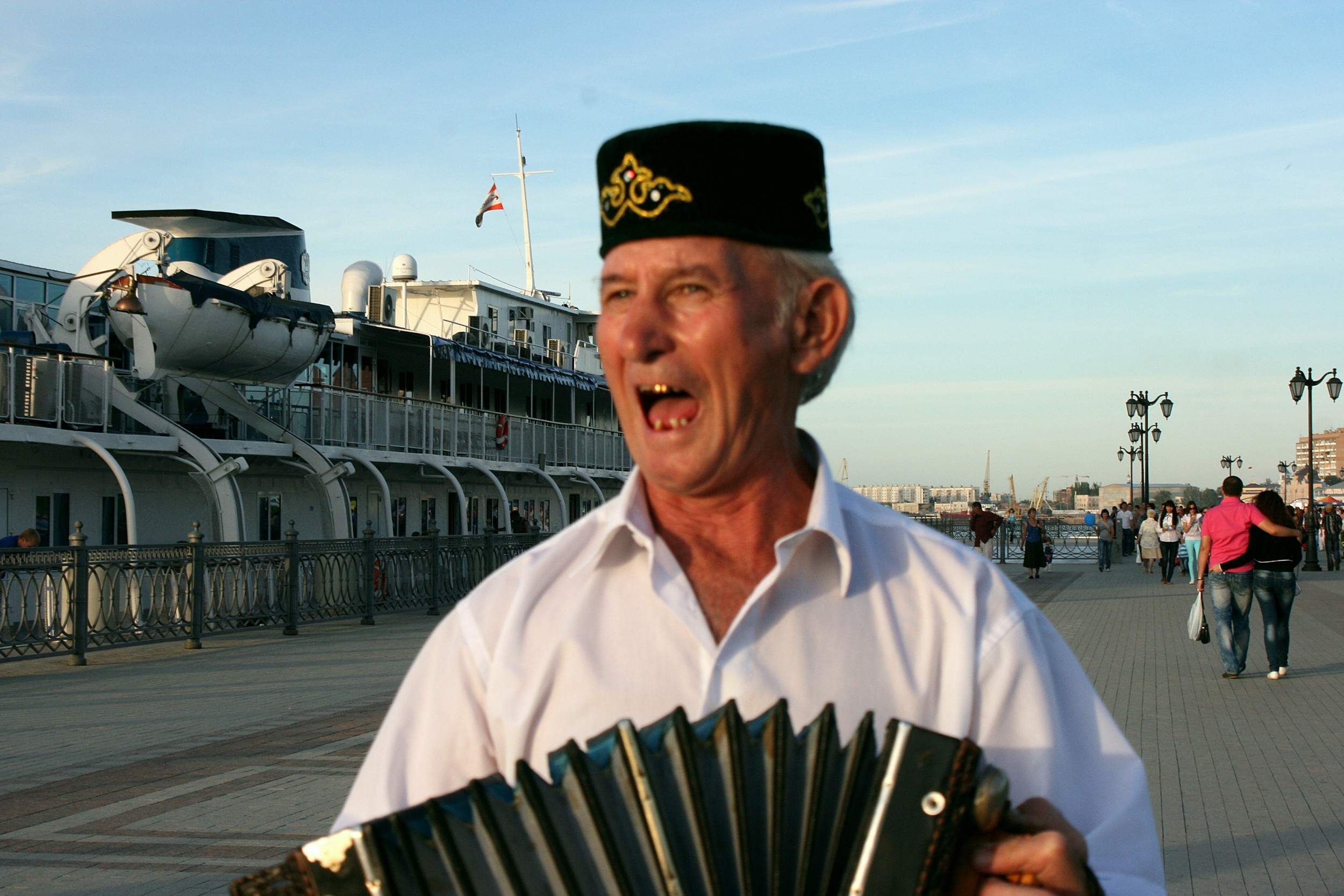 The stairway to heaven
Two schoolboys climbing up the ladder on the school playground. This photo was taken in my home town, Astrakhan, on 2nd October.

Happy birthday to Tango!
On Saturday, 27th October, all tango lovers living in Malta gathered to celebrate the 15th anniversary of the introduction this dance to the  Maltese public. The event took place at Palazzo del Piro in Malta’s medieval capital, Mdina, and was organized by Isla del Tango.

Exhibition of greeting cards “A window to our past”
Exhibition of vintage Soviet greeting cards from my (family and own) collection was held in Valletta, Malta, from 7th till 15th November at the Russian Centre for Science and Culture.  The exhibited cards symbolized the epoch gone with the wind.

Ban animal circus!
The protest against animal circus in Malta was organized by movement Graffiti and happened in Valetta, Malta on 12th December. Around a hundred of protesters gathered in Valletta to express their disapproval  of the animal abuse at the circus.

For more photos of Malta check the blog of Darrin Zammit Lupi, one of Malta’s most renown professional photographers:
http://darrinzammitlupi.wordpress.com/