Legality status of this cute plant and its derivatives varies in different countries: from legal in a very few countries including Spain, Netherlandsand Czech republic to confirmed illegal in majority of others. 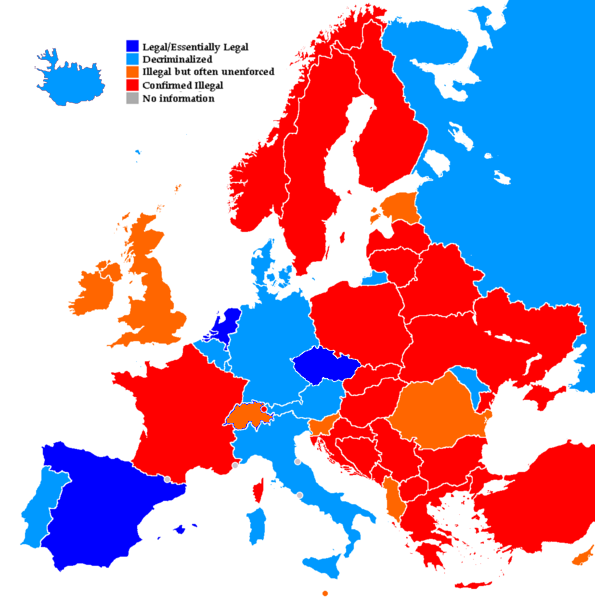 Growing cannabis for personal use is legal in Russia since 18th November 2010. Although smoking it in public still remaining illegal.

In Astrakhan, my home town, Cannabis ruderalis  grows right on sidewalks, not to mention countryside where it grows in wild and feels perfectly fine. I remember we even made a herbarium of cannabis during university botany practice. Considering such availability of cannabis there it was pretty hard for authorities to enforce the illegal status.

Decriminalization of cannabis defiantly was a logical action but still far from return to its glorious status. Historically, in Russia cannabis was one of the most cultivated cereal grains, its fiber was used for hemp and textile manufacturing; status of cannabis was as high as of wheat and sunflower. In fact, you can see cannabis leaves right between wheat sheaves on the fountain of the International Friendship in Moscow. 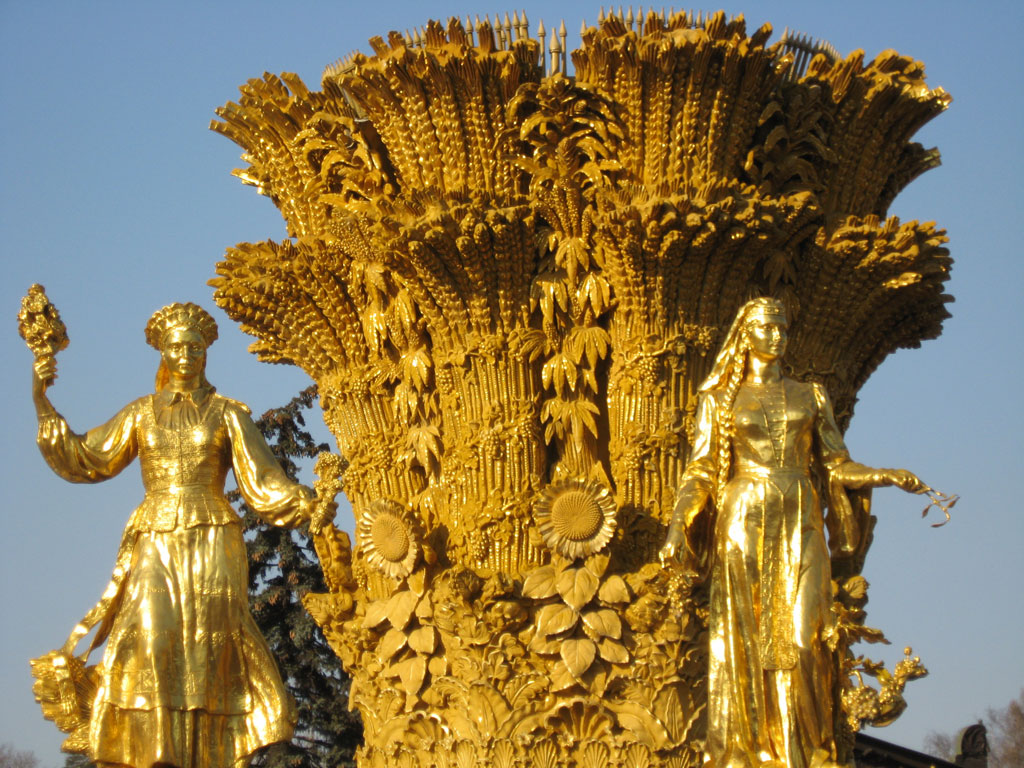 In Malta growing cannabis is illegal and there is nothing surprising about it. What would you expect if legalisation of divorce happened only a year ago? Although not everything is so clear: drug trafficking in Malta is as active as everywhere else and authorities do not try hard to wipe cocaine from the island: places of trade are known to many including police. On Saturday 5th May supporters of legalization of cannabis gathered in Valletta in front of the new Parliament building. The march was a pretty peaceful action, some even brought their children :). 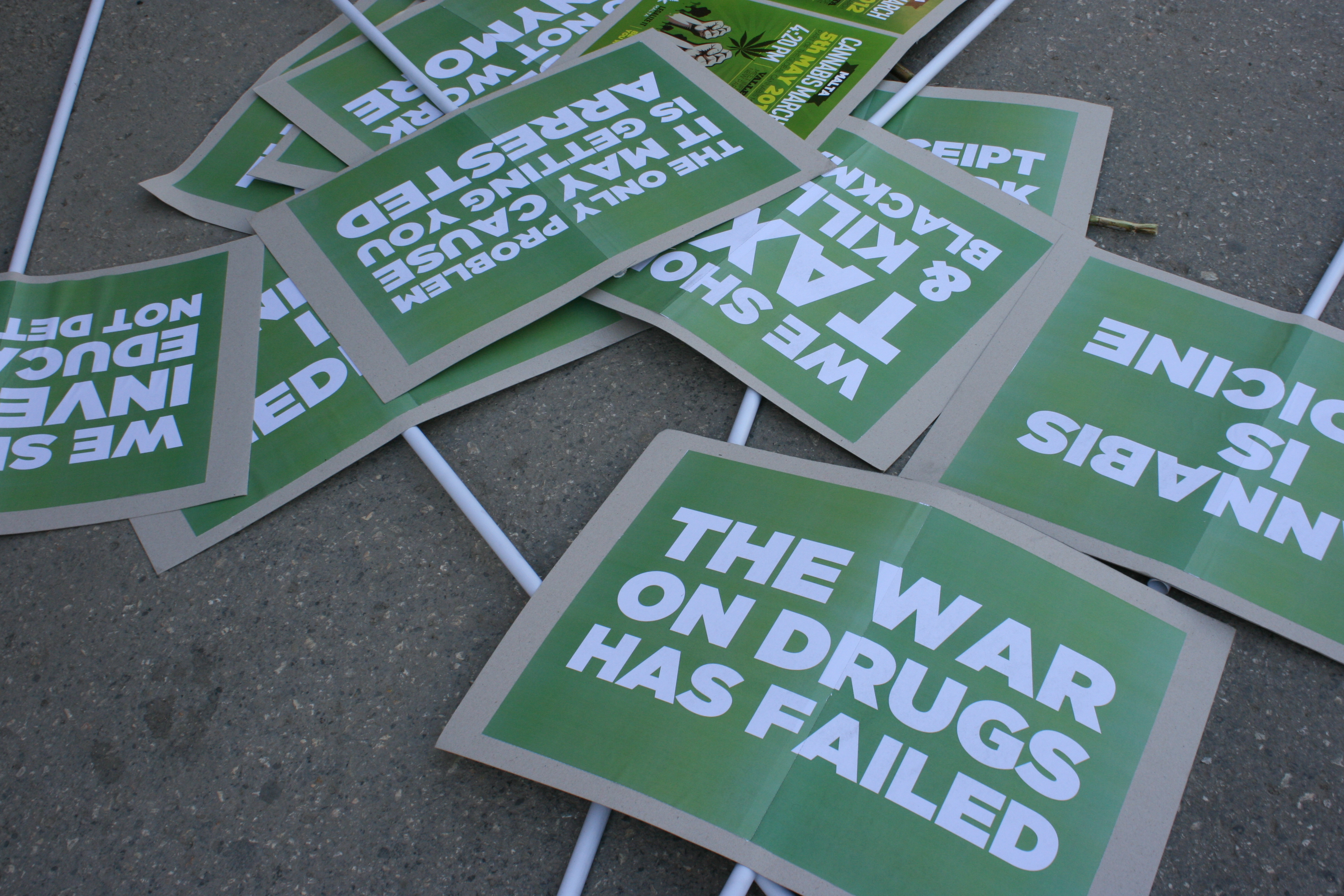 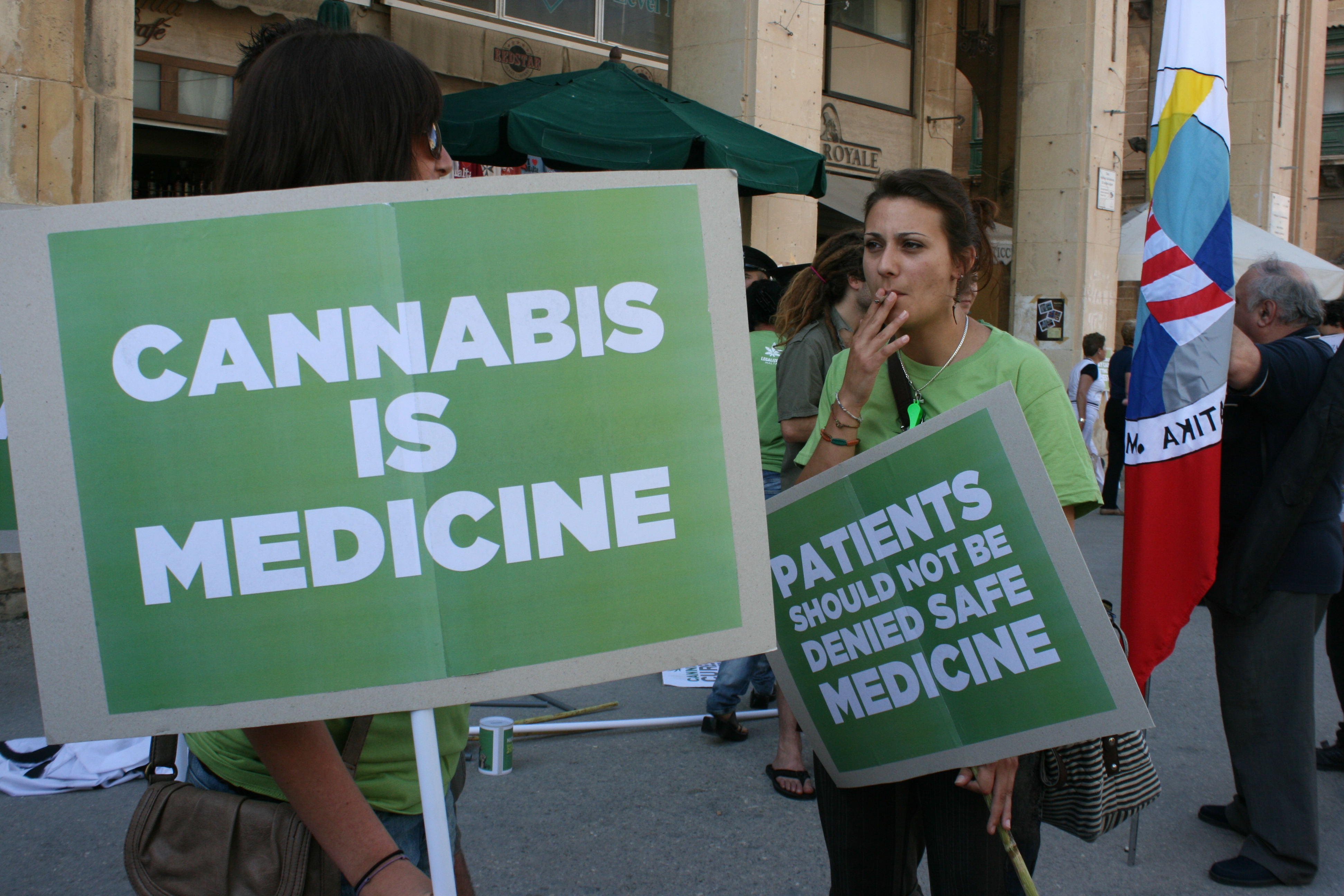 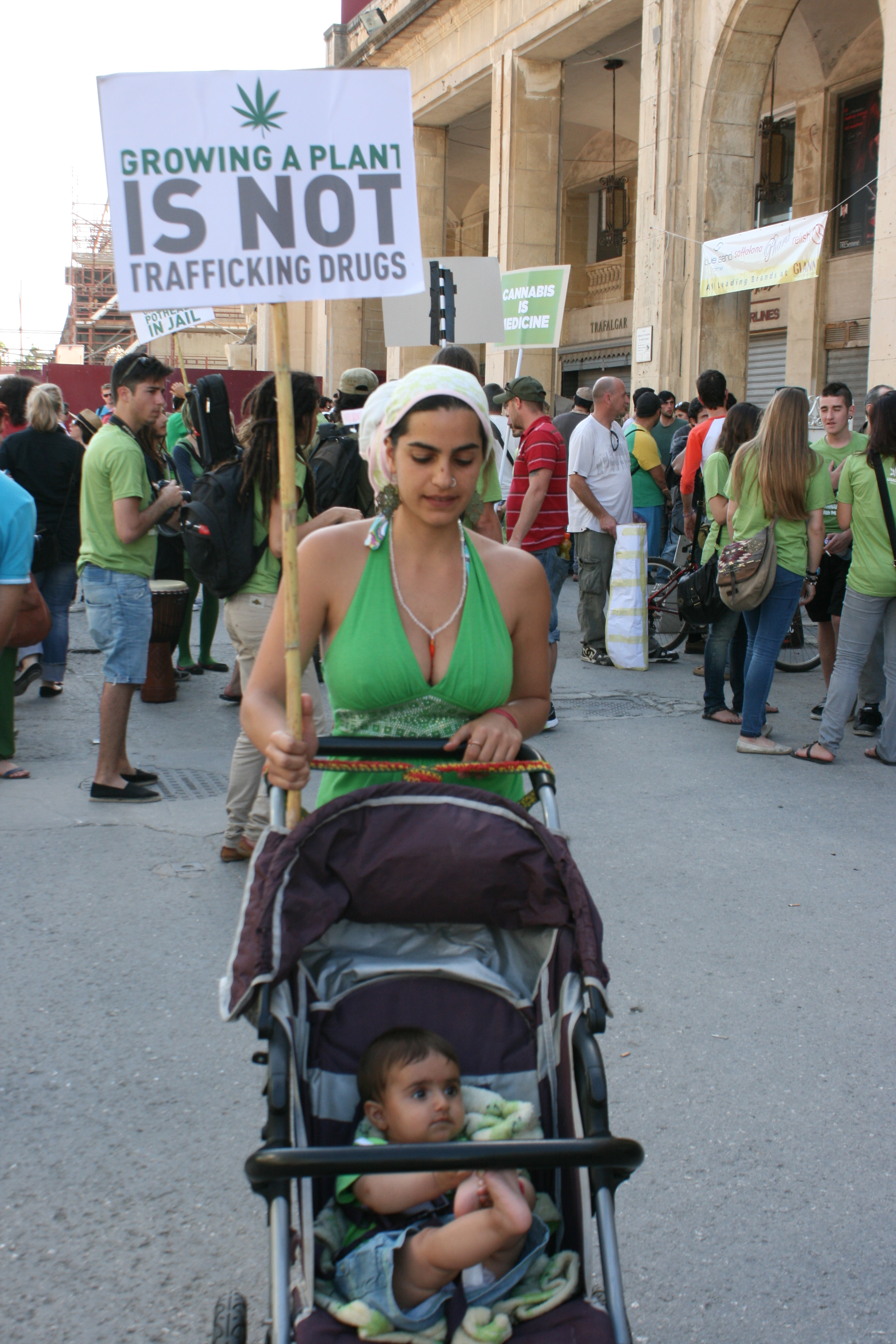 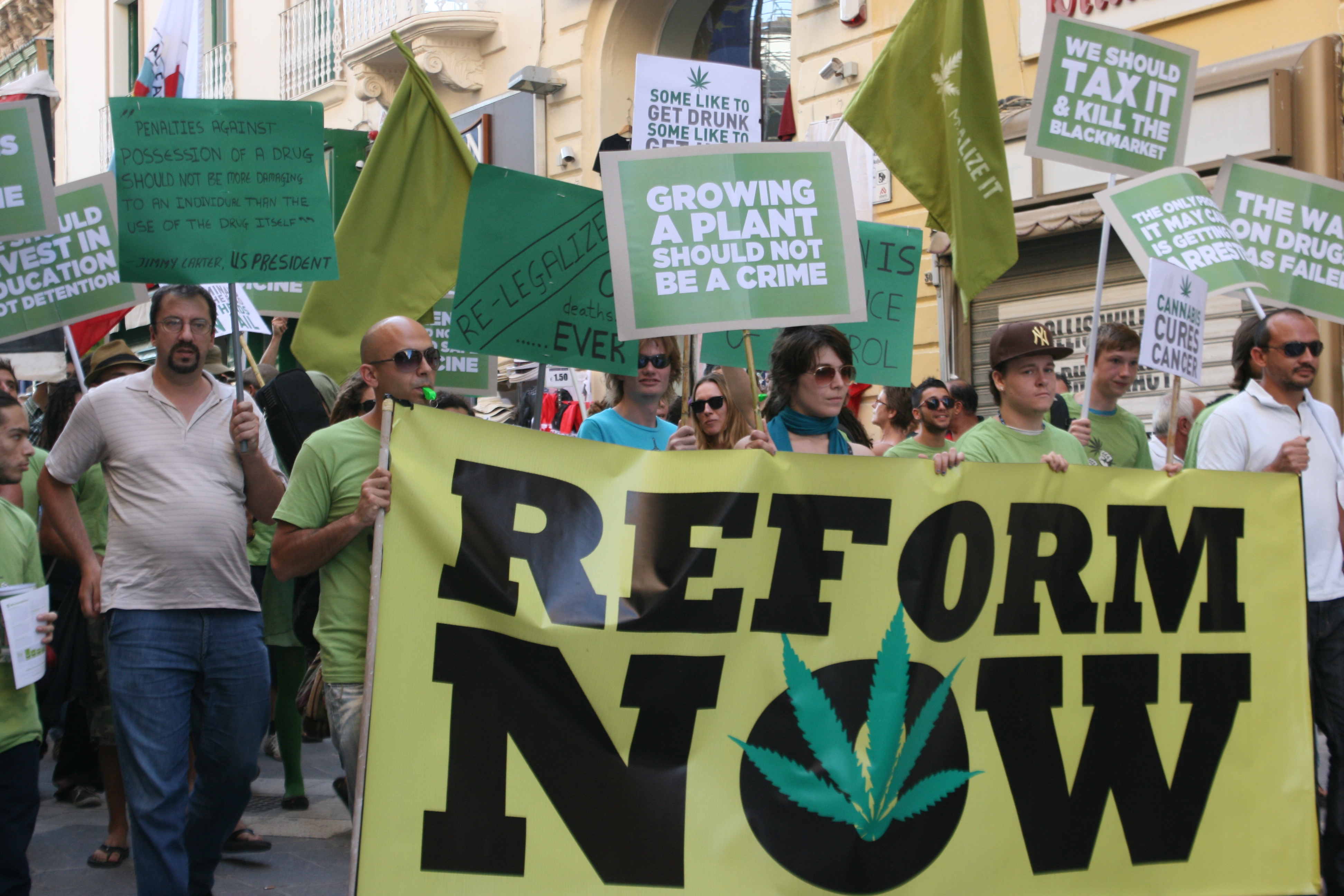 I do not believe cannabis is banned to protect us from any harm. Otherwise, how to explain the fact that alcohol and cigarets are available in such a broad variation? And even if so, if an adult person decides to harm himself, doesn’t he have the right to do so? There is a strange perception that “dangerous” things controlled only if banned, and their legalization would be a total disaster – everyone would be trapped by their power. Strange perception, isn’t it? Are all married Maltese in the process of divorce now?

I remember, in my teenagerhood we used to gather on the staircase in some block of apartments and some of my friends smoked cannabis. I know how it smells, I remember how they used to smile and laugh after. Something kept me from doing same thing, maybe I wanted to be different in the company of weed-smoking and heavy drinking still kids. Cannot recall any harm to anyone. Some became wonderful parents, some finished bad but cannabis did not have anything to do with it.